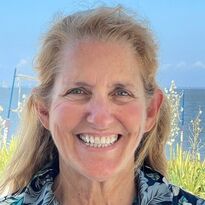 Charlie Arms joined Brendan Sailing in January 2017.  She is a US Sailing Small Boat Sailing Instructor Trainer and has served on the National Faculty for Small Boat, Keelboat and Powerboat.  She started teaching sailing just after learning to sail as part of the Navy Sailing Program in San Diego at the age of 10 years old.  While getting a degree in Recreation from Cal State Long Beach, she was the Director of the Leeway Sailing Center.  In 1999 she joined the faculty of the California Maritime Academy as the Director of Sailing.  In addition to coaching the collegiate sailing team and overseeing the recreational sailing program, she received her Master's Degree in Recreation, Parks and Tourism from San Francisco State University.  Charlie retired from the California State University after 16 years and moved to Annapolis.  When not teaching sailing and running educational programs, Charlie is an International Umpire and National Judge.  She currently serves on the US Sailing's Board of Directors. 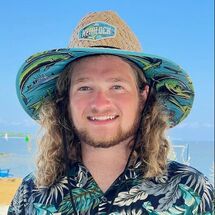 Evan McCarthy has been involved with Brendan Sailing for 9 years, serving now as Head Instructor and returning for his 3rd year on staff. Starting as a camper, he quickly fell in love with being on the water and participating in Brendan Sailing. In 2017, he started his first summer as an official instructor. He earned his US Sailing Small Boat Instructor certification right here in Annapolis and has now obtained his Level 2 sailing Instructor certification for the upcoming sailing season. Evan has sailed 5 seasons for Broadneck High School’s Varsity and JV sailing team based out of Severn Sailing Association. Through Brendan Sailing, Evan has received the "No Guts No Glory" Award for outstanding achievement and leadership at the Annapolis Day Program in 2013. Evan is excited to have the opportunity to work for Brendan Sailing and those who bound him with a love for sailing. From a shy first-year day camper, to a full instructor, Evan is ready to share his love for the sport with today's campers. 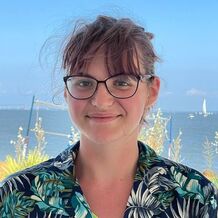 Maddie is happy to be a part of the Brendan Sailing team! Growing up in a military family, she moved around quite a bit, finding home in Newport, RI, San Diego, CA, and Norfolk, VA. More recently, she’s relocated to Maryland and has lived in both Annapolis and Kent Island. Over the years, Maddie has had a variety of sailing experiences, even some overseas, but got serious when she started racing for Archbishop Spalding High School. Based out of Severn Sailing Association, she raced for a total of five seasons. She currently attends Towson University, where she is studying nursing. She was an instructor for Brendan in 2019 and is very happy to be returning with her small boat sailing instructor certification. Maddie also has a service dog, Rosalind, who loves being on the water and helping out. 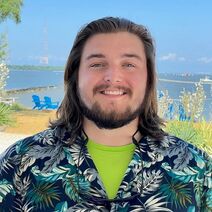 Will is new to Brendan Sailing but has been sailing vessels in all shapes and sizes since he was little. He has 10 years of dinghy racing experience and has loved sailing on the Chesapeake Bay and the Atlantic.  Will is also involved in many efforts to save the Bay and the environment in an attempt to preserve the waters that so many of us have come to know as a second home. He attends the University of Maryland in College Park studying Engineering with a minor in Sustainability. 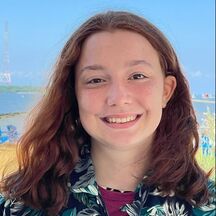 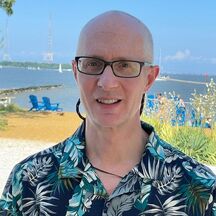 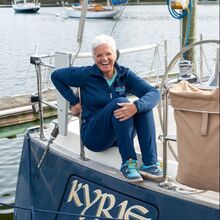 Marketing Consultant
Beth Berry joined Brendan Sailing in the fall of 2020 and currently handles all the marketing, and communication responsibilities.   Prior to her current role, she spent 29 years with Marriott International, where she held a variety of leadership roles in Sales, Marketing, and Operations. As a lifelong sailor, Brendan Sailing’s mission of getting kids on the water and helping them thrive particularly resonates with her.  Beth is a longtime member of the Annapolis Sailing Community, she has raced and cruised from Maine to Bermuda and the Caribbean as well as many places in between.  She has a USCG 100-ton Masters License and is a US Sailing Basic Keelboat Instructor.  She also does deliveries, and started and managed a charter business in Key West.  She currently owns and ocean races KYRIE, a Tartan 4100. She enjoys giving back through her work with the community and as a member of Eastport Yacht Club, chaired the Annapolis Bermuda Ocean Race Committee for six years.  She is Past President of Saefern Saddle and Yacht Club Homeowner’s Association and a Past President of the Penn State Metro Washington Chapter. 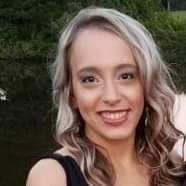 Administrative Assistant
Joanna is so excited to be a part of the administration of Brendan Sailing! While not currently a sailor,  Brendan Sailing's mission of making a difference in the lives of differently abled kids, resonates with her. Joanna believes we should make a positive difference, in any way we can in the world, when we have the chance. Joanna lives in South Jersey. She is involved in animal rescue/advocacy and shares her life with her Rescue Golden Retriever, Hank and her cats. She also enjoys getting out in nature and has greatly enjoyed mountain biking when she is able to get out and ride.