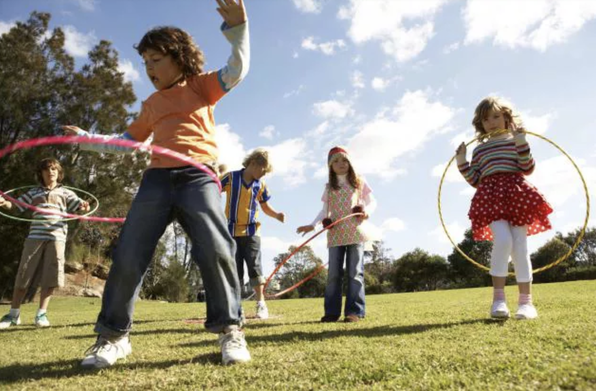 The Best Sports for Kids with Autism

By: Lisa Jo Rudy
Originally published from
Very Well Health
“There is a whole world of non-team sports out there—and autistic children can and do take part in many of them. Skiing, surfing, sailing, and many more can be a great match for your child, especially if your family enjoys them.”
Read Full Article 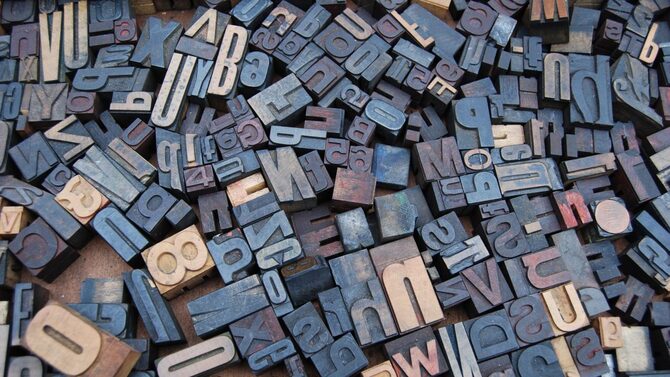 The Dyslexia and ADHD Connection

​By: Roberto Olivardia, PH.D.
Originally published from
additudemag.com
"ADHD is usually apparent from the first day of school, whereas dyslexia is often not recognized until fourth or fifth grade when the shift is made from learning to read to reading to learn. How to tell the difference between ADD and its co-morbid learning disabilities, and how to get help.”
Read Full Article 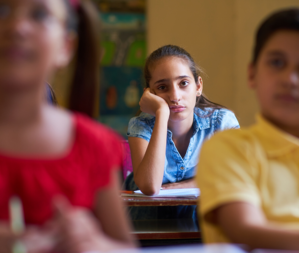 by Ashley Williams
​“As families prepare for learning online during the upcoming school year, some experts say that children with attention-deficit/hyperactivity disorder (ADHD) may have a harder time.

'I know parents of kids with ADHD, and they’re very worried about the long-term effects of virtual learning on their students,' said assistant principal Laci Culbreth of Royce Learning Center, which teaches children with learning disabilities.”
Read Full Article 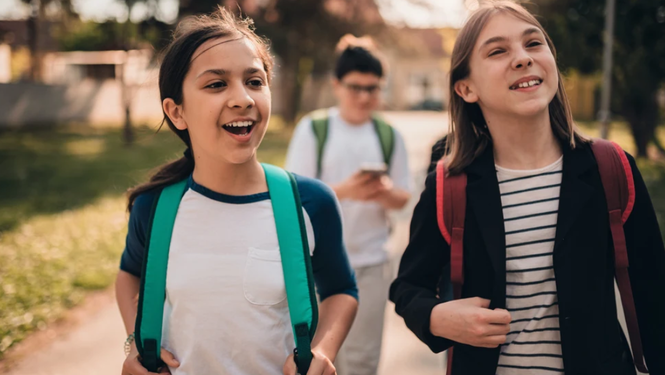 The Importance of Positive Self-Esteem for Kids

by Bob Cunningham, Ed.M.,
published on Understood.org
"Kids with positive self-esteem feel confident and capable. They value themselves and their abilities. They’re proud of the things they can do and want to try their best.

When kids are confident and secure about who they are, they’re more likely to have a growth mindset. That means they can motivate themselves to take on new challenges and cope with and learn from mistakes. They’re also more likely to stand up for themselves and ask for help when they need it."
Read Full Article

Scuttlebutt Sailing News
May 30, 2019
"Last year, the charity Ausome embarked on the epic challenge of giving a crew of nine autistic people the opportunity to take part in the 2019 Rolex Fastnet Race, the biennial 605nm offshore classic.

Founded by Lottie Harland, who is 22 years old and autistic herself, she will skipper the yacht Ausome-Lyra of London, a Nautor Swan 431 loaned to the campaign by its owner Miles Delap. Lottie intends for Ausome to help other autistic people experience the benefits and joys of sailing.

Lottie had a difficult childhood but started sailing at nine years of age and this built her confidence and the self-esteem that was knocked out of her by the constant bullying in school.

These positive sailing experiences helped her develop the life and social skills to become an independent and successful young adult, graduating with an engineering degree from university and becoming a qualified RYA Offshore Yachtmaster.
See Full Article

Coaching Through the ADHD Life Cycle:
​Advice for Each Age and Stage

"Attention deficit disorder (ADHD or ADD) is not merely a pediatric condition. It lasts a lifetime, evolving and changing with time, environmental and emotional stressors, hormones, and age. As such, challenges may change drastically as a patient progresses from elementary school through high school, and beyond into higher education and adulthood. Here, I address the most common ADHD challenges associated with each developmental phase, and offer advice for helping patients of all ages."
Read Full Article

The Damaging Myth of Normalcy

How People With Learning Disabilities
​Handle There Differences in the Workplace

How Technology Can Equalize Learning Differences

The heart of the issue is not whether technology is a distraction in the classroom. It’s that different students learn differently. We should be discussing how to organize our teaching to engage diverse learning styles. And yes, some of those strategies involve the use of technology. There is a great need for professors to be both pedagogically trained to support learning differences in the classroom and to understand the changing landscape of learning accommodations." Please see here for the full article!
Read Article

Henry Winkler Provides a Deeper Look
​at His Struggles With Dyslexia

by the Understood Team

An inspiring story from actor Henry Winkler on tenacity through the struggles of Dyslexia, discovering the brilliance of learning differences, and the path towards success!

--
Henry Winkler has shared a lot about his dyslexia. He’s also the author of a series of children’s books featuring Hank Zipzer, a boy with dyslexia. And on January 22, Winkler provided an even deeper look at his struggles with dyslexia in a CBS TV interview.

Winkler, who played the iconic role of the Fonz on Happy Days, opened up about how he could barely read growing up.

“It was scary,” he said in the interview. “I learned to memorize as much as I could from any page and then improvise.”

He used his improvisation skills to get into the Yale School of Drama, auditioning with a monologue. That was after he “managed to get through” Emerson College, one of the two colleges that accepted him (he applied to 28).

Reading was so difficult for Winkler that he didn’t read a book until he was 31. He also struggled with motor skills, he said in the interview. As a result, he had a hard time riding a motorcycle on Happy Days... (Read More)
Read Article

How Embracing My ADHD Makes Me a Better Entrepreneur

Many people wish they had superhuman powers to deal with life's problems. When you’re an entrepreneur, focus and concentration are seen as critical to success. So, if like me, you have ADHD, it can seem like you’re on the back foot from the get go.

However, if you’re determined to succeed, there are many ways you can embrace the condition and use its quirks to your advantage; in life and in business.​

The commonly held perception of ADHD as a “disorder” is incorrect. Many of history’s greats were known to have overactive minds...
(Read More).
Read More

Colin is a bright, verbal, gregarious 13-year-old who has struggled with reading since day one. His parents got him the best intervention available in Atlanta, and he worked intensively for almost four years in a high quality Orton-Gillingham school. Despite these efforts, Colin was one of the students that emerging research is identifying as “treatment resistors,” and he remained on 3rd grade reading level as he began middle school. Unwilling to give up on such a critical skill, Colin’s parents enrolled him in a well-known reading program, pulling him out of school for half days to work exclusively on literacy... (Read More)
Read More

If you ask David Flink, founder and chief empowerment officer of Eye to Eye, how the national organization that mentors students with learning and attention issues nabbed a spot in the Top 10 Nonprofits to Work For in 2018, he’ll tell you without hesitation, it’s the people they hire. “They have a strong work ethic and a huge amount of creativity, curiosity and empathy, says Flink. “I’d say they also all have a deep understanding of our mission and why teamwork is essential.” That’s a long list of qualifications for an ideal job candidate anywhere, at any level. I ask him how he fills the ranks.

“It’s simple: We hire a lot of people with learning and attention issues,” says Flink. “It’s a point of pride at Eye to Eye that we are run by and for the 1 in 5 people who learn differently.” I can hear the smile in his voice when he says that. Flink, who has dyslexia and ADHD, has spent years thinking about how people think. He then built a nonprofit that serves people who learn differently and also employs them. The organization’s vision is to create a world in which people with learning differences and ADHD are fully accepted, valued and respected—not just by society, but by themselves. Eye to Eye pairs middle school students with a high school or college mentor who also has a learning difference. It's an empowering social-emotional intervention that helps participants become leaders and ambassadors of the brand. They learn to live free from second thoughts or worry and are ready, able and eager to apply their unique strengths to their chosen career... (Read Full Article Here)
Read More

Dyslexia is 'an ability,' not a disability
​for Buccaneers' Peyton Barber

TAMPA, Fla. -- The words in Tampa Bay Buccaneers running back Peyton Barber's playbook are sometimes jumbled, and they don’t make sense, so he has to read them over and over. He has to draw the plays up, too, and then he has to walk through them to fully understand.​

"Some people can get things with classroom only, but he’s certainly gotta be in it, see it and let it happen," said Bucs running backs coach Tim Spencer, who has worked with Barber the past two seasons.

Barber has dyslexia, a learning disorder that affects 10 to 15 percent of the U.S. population...(Read More).
Read More

Aja Capel is a "different thinker" who has dyslexia, dysgraphia, ADHD and CAPD. As the winner of the 2018 Fred J. Epstein Youth Achievement Award, she began her speech by thanking you, thanking us, and thanking her parents.

As she also said: "On my fantastic journey I found me and my voice. I have what I prefer to call learning differences or 'diffabilities' because my learning abilities are different--not less than; just different, and I believe different is amazing."

Aja is more than amazing. Her achievements include mentoring and teaching robotics. Starting 4 robotics teams. Winning a Youth Service America/Disney Be Inspired grant. Producing a 2-day drone-building STEM exposure event for under- represented kids of color. This summer, she will be conducting two computer programming camps for girls of color.

"Robotics has become my refuge, from school and the teachers who just don't quite get me," she told us at the Smart Kids Gala on April 27. "When I am creating robots and teaching kids I feel invincible!"

Aja's mother sends this message to all Smart Kids supporters: "Thank you for a spectacular experience! Here is to continued growth and life changing support to all kids with DIFFABILITIES and those who love and uplift them!!"
Learn More

The Impact of LD on Partners

My younger son was “that” kid. When he was four, he would run around the circle at circle time, kick sand across the playground, and refuse to obey rules, whether he was at Gymboree, preschool, home, or out in the community. With each expulsion from an activity, his challenging behaviors got worse. What I didn’t realize at the time was that everyone, however well-intentioned, was treating the symptoms while ignoring the underlying problems. He wanted to behave; he just couldn’t.
Learn More
Support Us
Staying in Touch